Plant a tree in memory of Luis
An environmentally-friendly option 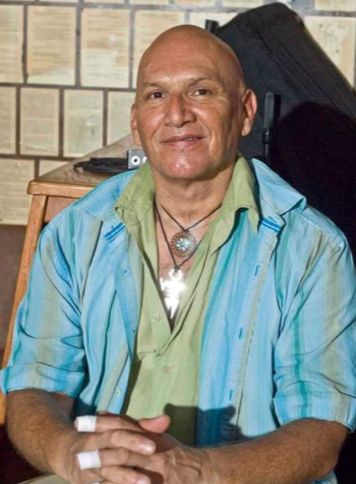 Luis Edward Stefanell born August 12, 1951, passed away on March 7, 2021. Luis was born in Brooklyn, New York to Renaldo Stefanell De la Rosa and Eufemia Isabel Vargas De Stefanell. He was raised in Jacksonville, Florida and moved to Decatur, Georgia where he resided for 47 years.

Luis’s greatest passion was his music, a well-established percussionist who played, congas, bongo, timbale drums, African kalimba, balaphone and Native American flutes. He enjoyed teaching his gift of music to all. He was an active member of the Atlanta music community and enjoyed “jamming” with his fellow musicians. He was an avid painter and author of 4 books. His gift to those who knew him best was his love and peaceful nature.

During his music career, Luis had the joy of playing with such acts as Archie Bell and the Drells, Caroline Aiken, The S.O.S Band, Peabo Bryson, The Producers, Kodac Harrison, Michelle Malone, George Clinton, Freddie Cole and Curtis Mayfield. He worked on films scores including, Fled and The Return of Superfly.

As Luis would say Paz (Peace) & Blessings to all his family, friends and fellow musicians.

Plant a tree in memory of Luis by clicking here.
To send flowers to Luis' family, please visit our floral store.

A service summary is not available

Plant a tree in memory of Luis
An environmentally-friendly option

Plant a tree in memory of Luis

1 tree planted in memory of Luis

There are 9 photos available in the gallery

Rest in sweet peace, Louis.  I love you and I will miss you.  Until we meet again, Sister Guille.

I will love you Louis Edward Stefanell as long as I have breath and life.   You have been a FOREVER FRIEND, of which are hard to find. You were my first love and you'll be my last love. Peace be with you dear, sweet man. I carry you ALWAYS IN MY HEART , Wanda

A Memorial Tree was planted for Luis Edward Stefanell

We are deeply sorry for your loss ~ the staff at Medford-Peden Funeral Home & Crematory, Inc.
Join in honoring their life - plant a memorial tree

Plant a tree in memory of Luis